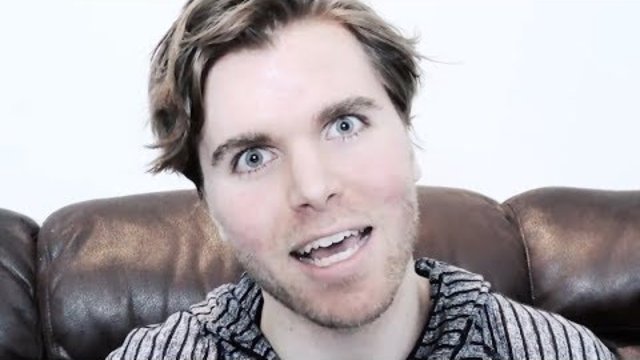 JustanEdgyGangstar
Nov 29, 2019
Why Bitchute is worse than Vlare (for now)

Why Bitchute is worse than Vlare (for now)

This is a difficult one, as Vlare and Bitchute are both improving, with one being brand new, and the other being harder and harder to maintain everyday.So I understand, as in my future video, the UI, the availability of options is conceived better in many ways than Bitchute, (bitchute does not even have a quality setting btw.)
But the biggest factor that plays a huge role in both of these communities would be the community, and how they sustain, and interact as one.
Now, if you were probably a random user, who has just encountered these two specific programs, you would come to the most shallow generalization that Bitchute is a political, extremist, archive dumping mess, and that Vlare is a memed, suitable, but kind of amateur alternative. And as much as I dislike Bitchute now, it did have some potential, and will continue to have potential, and I will state why.
The actual problem in Bitchute though, (I hate to say this) is the lack of control in their "free site".Don't get me wrong, I understand doing this would contradict their own approach, saying the site is free and all, but ironically, the sites "free approach" led not to their downfall, but gained their starting infamy as well.
A Youtuber I forgot the name of said this perfectly, and stated that the reason why future content makers were scared away by Bitchute would be because of Bitchute defaulting the videos by the "all" category, rather than the "recommended" category that Vlare and Youtube uses. Joining a brand new site "and particularly a third party one" can lead to uneasiness, worry, and can be unsettling.
Seeing all of the results in Bitchute kind of lead to a instant conclusion. And Bitchute letting their creators roam free without any consequences can lead to complete and total variety as well as chaos, and can lead to a community that can say whatever, post whatever, without any sort of consequence to lead to dark infamy.
Under all of these archives, extremist content, snuff content, etc etc, can underly the real potential of Bitchute, such as quality reviews, funny Commentaries, and fun gaming videos that lead to absolutely nowhere, because now the entire site is heavily politically focused. Bitchute was marketed as a Youtube alternative, but their lack and praise of maintenance on the site followed up to their loss (at least for now)
Is there at least still room for improvement? At this point with all of these archives shoved down the sites throat, I can sadly say it might be near to impossible, since the site itself runs on Bitorrent rather than servers, and suffers from a massive bloat of constant archives.
If Bitchute wans to stay as is, I can't complain. But Bitchute should remain in Bitchute. All of those users should stay in the site and remain, possibly if the same Users with controversial content enter Vlare, they will probably get I dunno, completely slathered by it's users here.
Will Vlare repeat history like it's shambled and broken clone? Actually, I am seeing lots of potential. The site runs on actual servers, funded and maintained by a more constant company, that engages with their users. The community actually stands on a way less political stance, and relies more heavily on entertainment which is a significant approach from Bitchute. (and memes)
Another thing that caught my attention hard, is how the site actually is discouraging the use of dumping archives on here, and actually encourages and engages community interaction, which is another 10 steps forward than Bitchute.
Although this site is fairly new, let's try our best not to repeat history, and to go above and beyond from Bitchute, Vimeo, because yes, we already are a few steps higher from Youtube. I believe in this site.

JustanEdgyGangstar·May 17, 2020
I have tried for 4 DAYS STRAIGHT to upload my fucking news vid. Nothing works.
Flag0

JustanEdgyGangstar·Apr 08, 2020
If you think buying Vlare Premium will affect all of your channels, it only will affect one.
Flag-3

JustanEdgyGangstar·Apr 16, 2020
and he turned himself into a pickle, funniest shit I've ever seen
Flag3

JustanEdgyGangstar·Dec 05, 2019
Update 12/4/2019 - Will do some creepy vids soon or later. They are my favorite. Maybe I'll take some storytimes, interpret myself into creepypasta elements, then fabricate a creepy story
I suppose. Don't know how long if I make a script for those types. I'm not the type who gets into crazy shit like Luna or Scrubby. Haha
Flag0

JustanEdgyGangstar·Nov 25, 2019
So glad to be on Vlare! This channel has (edgy but not quite) content, commentary, crazy shit and more. I am inspired off of Idubbbz, Leafy, Cyrus, and Elvis the alien. So thats cool I guess or prolly some cringe shit
Flag-1

About JustanEdgyGangstar
I'm a real life Cripp. Fuck off Bloods.